It’s been debated time and again between dog lovers around the world. Especially, those who have a special affinity to golden retrievers, if they can be considered as clumsy dogs or are they Fidos with finesse. Like we always mention, our dogs have unique personalities and to be honest, we can’t really presume a dog’s character just because of their breed.

One good example is the pupper featured in this viral video. The dog demonstrated that not all golden retrievers are clumsy. She proves this by holding an egg in her mouth without breaking it. The idea came from the video uploader’s aunt. She heard or read somewhere that golden retrievers are gentle enough to do this trick, and she wanted to see it for herself.

Haley Brown recorded the video. They were at her aunt’s kitchen, and the good girl was curious enough to give the trick a try. Haley’s aunt asked the pup to open wide as she put the egg in her mouth. Good thing she didn’t try to ingest it, or it could’ve caused a big problem. The golden good girl was obedient enough to humor her curious master, and it turns out the theory was true.

The pooch held the egg in her mouth without breaking it. What ensued afterward was hilarious. Haley’s aunt asked the doggo to let go of the egg, but she wouldn’t. She was given the command “down,” and the pooch did as she was asked, but the egg remained in her mouth. However, seconds later, she let go of the egg in an equally gentle manner as she held it. 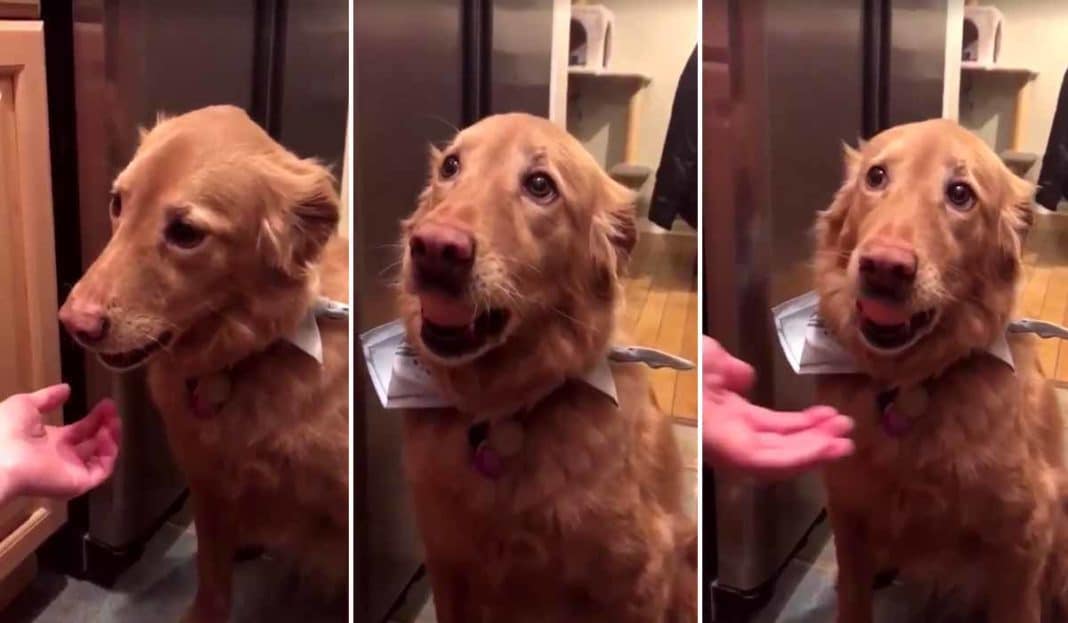 Oh, the things dogs do to please their owners. But at least, through videos like this, the debate can finally be concluded, that not all golden retrievers are clumsy dogs. The viral video has had 10.8 million views on Twitter. It has 600 thousand likes and over 200 thousand comments. See the cute and hilarious video below.

my aunt read online that a golden retriever’s mouth is so gentle they can hold an egg in their mouth without cracking it so she tried it on her dog and well pic.twitter.com/6SDyUI3v4j

As we all know, dog fighting is banned in most …

Have you heard about the Greyhound named Jasmine who became …

Angelina Lubowa is a mother of two. She is a dog lover and would like to share her passion with her followers.

Our website is made possible by displaying online advertisements to our visitors. Please consider supporting us by disabling your ad blocker.